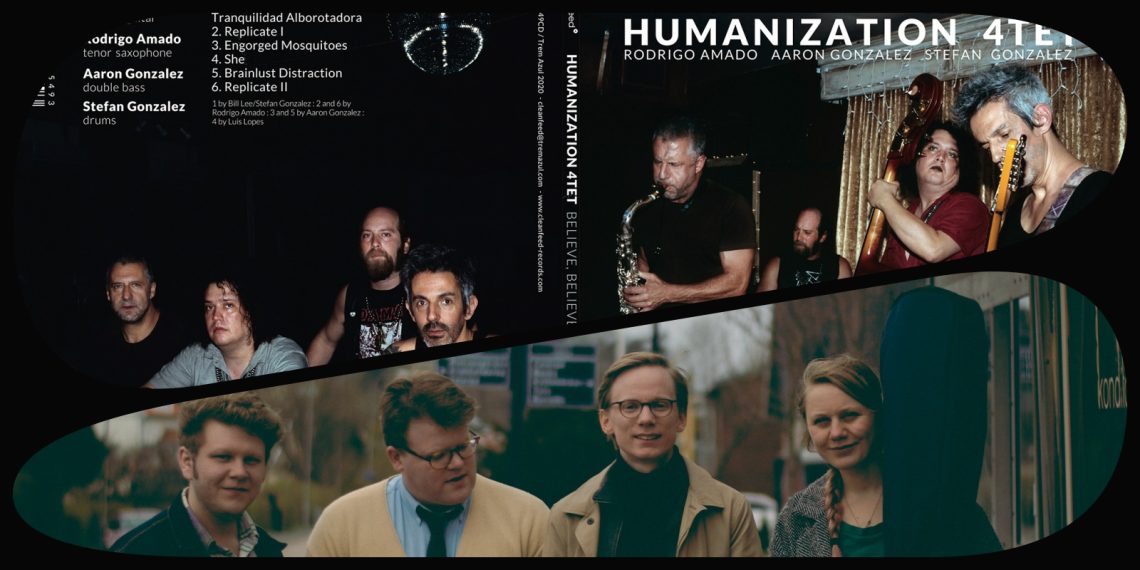 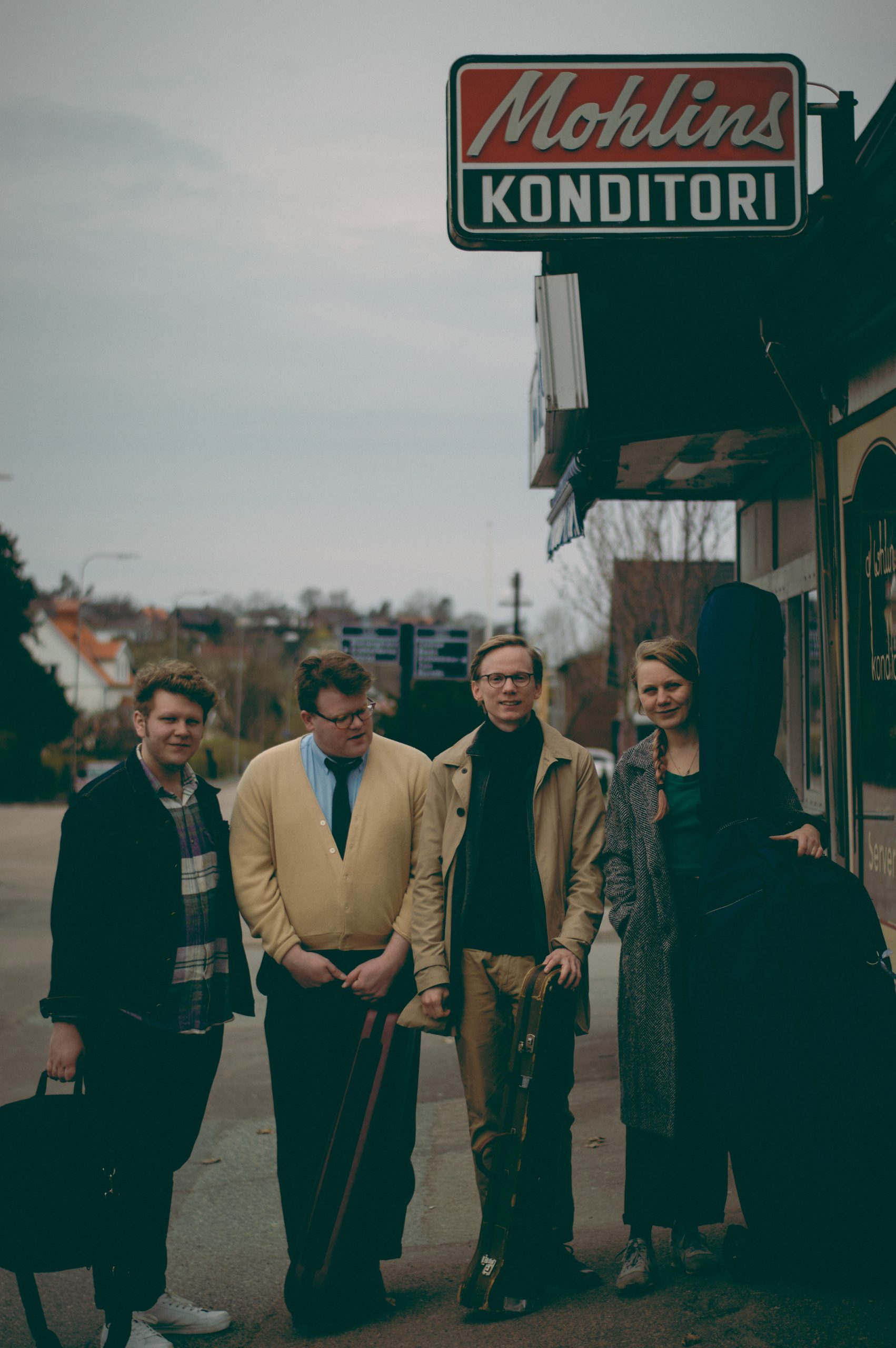 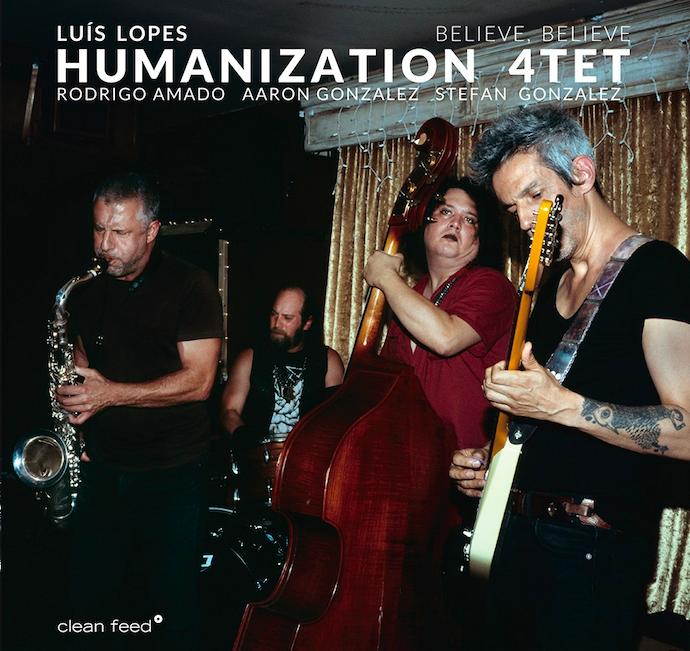 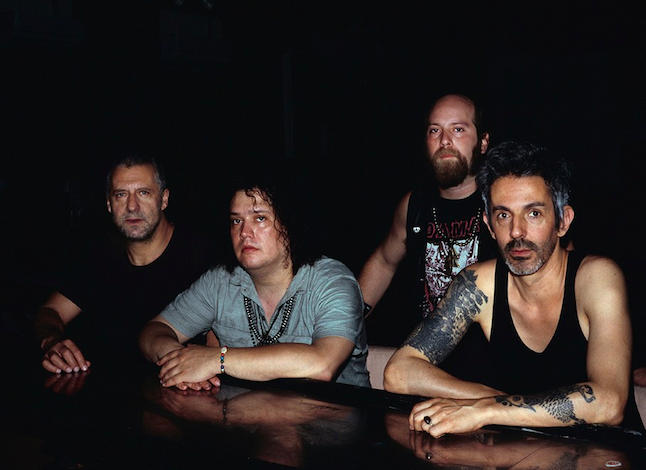 
“In a happy conjunction between Lisbon and Dallas (Texas), ever since 2008 this Luso-American quartet has been making an intense, dry and radical music which owes as much to free jazz as it does to punk rock. Soon catapulted to and applauded in the international circuit, LLHQ excel by their degree of collective improvisation built around themes/riffs in healthy proportions, giving birth to a very physical and warm music.” Rui Neves, in Jazz em Agosto Festival Lisbon Portugal

“The band plays with the intensity and energy that you might expect from their funk and free jazz roots, but they also play with an extraordinary level of control. While the band moves seamlessly from assertive grooves to free, someone is always grounding the performance […] It’s that level of continuous focus that distinguishes the band from some likely parallels such as Last Exit and The Thing.” Stuart Broomer, in Point of Departure U.S.
“Believe, Believe is not restricted anywhere, but at the same time maintains a close focus […] Believe, Believe is a powerful statement: infused with the sweaty vibe of Live In Madison, but traced to a tight 35 minutes that groove, seduce, and slap you with a few punches that knock you back. Structure and freedom in a masterful balance, performed by a Portuguese-American alliance that tests the first element to the maximum and performs the second with a keen focus. In short, this is the shit you want to see live” Guy Peters – enola magazine Bélgium
“Taking jazz and boosting it with the concentrated energy of punk and metal, they come out with a challenging and exciting piece of work […] This group is very tight and focused no matter how far out they go […] This was an excellent record with the band perfectly melding modern and free jazz with just the right amount of thematic material. They play brilliantly as a group, and just as well as soloists, making for a consistently interesting and exciting álbum” Tim Niland – jazz & Blues U.S.
“A four gentlemen meeting who obviously know each other well and at the same time are confident of each other after so many years, they challenge both each other and us, so it lasts […] The music is both free and structured, dynamic and exceptionally uncompromising – here nothing is spared. There is music here that is sure to speak to both a jazz audience, but also to rock people with open senses.” Tor Hammero Norway

Rodrigo Amado
Nominated, for the fifth consecutive year, by the El Intruso International Critics Poll (more than 50 critics, from 18 countries) as one of the top 5 tenor saxophonists in activity, alongside the likes of Evan Parker, Joe Lovano, Ken Vandermark, Jon Irabagon, Ivo Perelman, Chris Potter and Ingrid Laubrock, Rodrigo Amado released last year “A History of Nothing” (Trost Records), the second album from the quartet he keeps with three of the most important figures of today’s creative jazz scene – Joe McPhee, Kent Kessler and Chris Corsano. With two new releases for 2019 – “No Place To Fall”, a duo recording with Chris Corsano, and “Summer Bummer”, the second album with Gonçalo Almeida and Onno Govaert – Amado prepares to tour extensively with his American quartet in Europe.

With this formation or fronting his celebrated Motion Trio, with cellist Miguel Mira and drummer Gabriel Ferrandini, Amado has been performing in innumerable Festivals and venues all over the world, namely Snug Harbor in New Orleans, Hideout in Chicago, The Stone in New York, Bimhuis in Amsterdam, DOM in Moscow, Jazz House in Copenhagen, Cafe Oto in London, Pardon To Tu in Warsaw, De Singer in Antwerp, Manufaktur in Stuttgart or the State Philharmony Hall in Oradea. His music has been object of hundreds of reviews in magazines, newspapers and blogs all over the world, and his work critically acclaimed in leading publications like The Wire magazine, El País and Folha de São Paulo newspapers, or the Bandcamp Daily online.

With a discography of 21 albums under his own name and participation in more than 30 others, he is unanimously considered one of the key players in European Jazz. As North-American critic Stuart Broomer writes in his liner notes for “This Is Our Language”, “Amado is an emerging master of a great tradition, more apparent with each new recording or performance.” And he goes on, about Amado’s sound: “There’s a rhythmic impetus, a bite in his sound, part grain, part beat, and it drives his lines forward, a sound and an impulse that are part him and part history, a fundamental impress on the world that tenor saxophonists like Coleman Hawkins, Eddie “Lockjaw” Davis, Sonny Rollins, and Archie Shepp have been making for generations.”


Aaron Gonzalez
Aaron Gonzalez was born in 1980, in Dallas, TX, the son of avant-jazz trumpeter, visual artist and educator Dennis Gonzalez. At the age of 10, he began studying double bass in the classical tradition, joining his elementary school’s orchestra. He subsequently attended the local arts middle and high schools, attaining the highest levels in his section in their respective orchestras. His attendance at the Arts Magnet high school in Dallas also afforded him the chance to study music theory, sound engineering and recording, composition, and electronic music, and also perform solo and in chamber ensembles. During this time, he also studied privately with Young Strings, a program which offered music lessons from members of the Dallas Symphony Orchestra to gifted young musicians in the Dallas area. In middle and high school he also took up bass guitar, taught to him by his orchestra teacher, who wanted the orchestra to perform some rock numbers. This led to him joining local indie rock bands and beginning to gig on the Dallas rock circuit. He also moonlighted as a substitute bass and guitarrón player for his father’s high school mariachi group; the latter instrument being hastily taught to him just before gigs. He subsequently joined his father’s accordion-driven Tejano group Trio Brujos. In his last year of high school, he formed two bands with family members that have lasted into the entirety of his adult life: Akkolyte, an extreme, raw, and increasingly experimental grindcore duo with his brother Stefan that had begun life as a series of solo recording experiments by the younger Gonzalez; and Yells At Eels, an eclectic and energetic free jazz trio (often augmented by other players) led by father Dennis and also with Stefan on drums. Akkolyte released a series of EPs and split releases with other heavy d.i.y. punk artists through the years, eventually releasing their sole full-length LP Clues In The Chaospile in 2010. Yells At Eels has released numerous CDs over the last 20 years, including releases on Ayler Records, and Dennis’s own imprint, daagnim. Yells At Eels has collaborated with (and spawned offshoot groups with) a number of notable jazz players, including Tim Green, Louis Moholo-Moholo, Alvin Fielder, Famoudou Don Moye, Wojtek Mazolewski, Ingebrigt Håker-‘Flaten, and Rodrigo Amado. The latter association led to the formation of the half Texan/half Portuguese group Humanization 4tet. Featuring Amado on sax, the rhythm section of both Gonzalez brothers, and led by guitarist Luis Lopes. With his brother Stefan were in Unconscious Collective, a group that combined a heavy/stripped down approach to progressive and psychedelic rock with aspects of jazz improvisation, and a theatrical, ritualistic and physically immersive stage show. They have two double LPs out on Tofu Carnage Records, the latter of which, Pleistocene Moon, was particularly critically acclaimed. All three Gonzalez’s have recorded with popular indie artist Ariel Pink; Dennis and Aaron on his album under the name Shits And Giggles, and Dennis, Aaron, and Stefan on the Ariel Pink With Added Pizzazz EP. Aaron has also been associated with Dadaist avant music collective MFM, extreme noise act Aphonic Curtains, and psychedelic industrial band Festive Death. In recent years, he has also developed his experimental vocal performance skills, performing solo under the name Deflowered Electric Flesh Bride, leading the large scale electo-acoustic improv ensemble Age Of Disinformation, and performing as one of many voices in the queer/feminist performance collective Asukubus. He has recently been in various productions by Dallas based alternative theater company The Ochre House; performing in the live music ensembles that accompany their productions. As an educator, he has been an instructor for La Rondalla, a community-based after school program offering free music lessons to children in the Dallas area. He continues to also perform extensively as a free improviser, using both bass and voice, performing with a number of local and international musicians 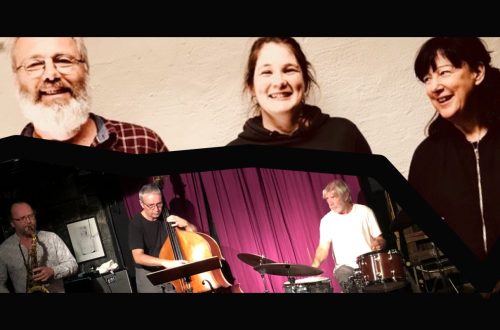 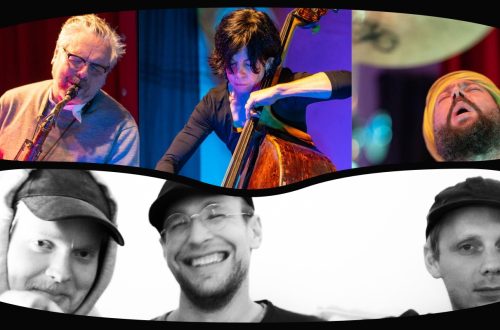 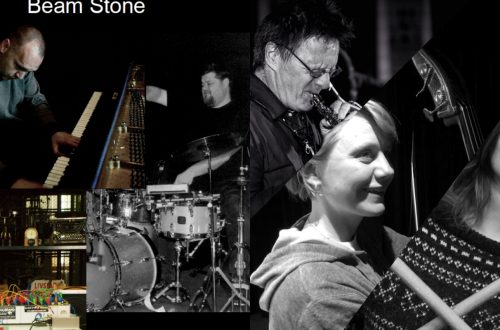